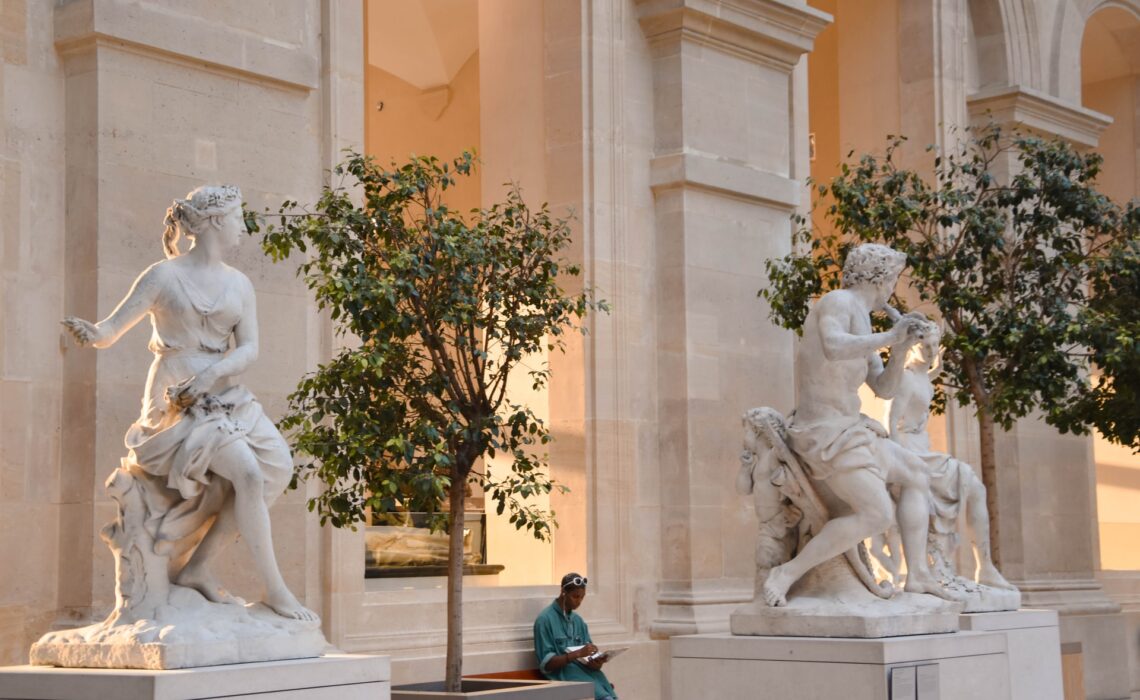 Just because you’re at home, doesn’t mean you can’t still see mind-blowing nature and learn about the history and art of other cultures. Wondering how? Well, thanks to the internet, there’s a whole host of virtual museum tours

Known for holding the title of biggest museum in the world, The Louvre is home to more than 380,000 objects and 35,000 art displays. The museum is easily one of the most famous cultural landmarks in France, if not, the world. However, what many people don’t know is that it was once the royal palace for French kings before Louis XVI moved his residence to Versailles.

The Parisian museum offers three virtual tours, including one featuring the moat that was the original perimeter of the Louvre, first built as a fortress, by French king Philippe Auguste.

TO EXPERIENCE THE ROYALTY YOURSELF, HERE.

Seeing how most, if not all of us, are confined to our homes, the MET has rolled out an incredible program to satisfy our desperate need to step out and explore. Introducing: The MET 360° Project!

The program includes videos covering 6 of the Met’s most popular attractions and spaces, including the magnificent Neo-Classic Grand Hall, the 2,000+ year old Temple of Dendur and so much more.

The Musée d’Orsay is a national museum in Paris, France, on the left bank of the Seine opposite the Louvre and facing towards the river.

One of the most interesting things about this museum is that it was once a grand train station, constructed in 1900 for the World Fair, and considered by many as a masterpiece of industrial architecture.

Today, the museum holds mainly French art dating from 1848 to 1914 – including paintings, sculptures, furniture and photography. Some of its most famous works of art include Renoir’s Dance at Le moulin de la Galette and Van Gogh’s Starry Night Over the Rhône.

SEE ALL OF THE ARTWORK YOURSELF HERE.

Known for housing the largest Van Gogh collection in the world, Amsterdam’s Van Gogh Museum has 200 of the artist’s 864 surviving paintings, over 400 drawings, 30 prints and 700 letters by him (many of which were written to his brother and provide an inside look into the artist’s complicated life).&nbsp;

Van Gogh was known for his bold colors and rough beauty. It is said that in a ten year span, he painted nearly 900 works of art. Each year, 1.6 million people visit the Van Gogh Museum, making it one of the 25 most popular museums in the world and the most important in the Netherlands.

TO EXPERIENCE THE BEAUTY OF HIS WORKS, CLICK HERE.

One of the most iconic museums in New York City, the Guggenheim is the oldest museum in NYC and is dedicated to helping visitors learn about the city’s rich past.

There is much controversy surrounding the origins of the creative structure of the building itself. The Guggenheim’s designer, Frank Lloyd Wright, wanted the building to have curved surfaces to convey “an atmosphere on the unbroken wave”, but many artists disagreed and even created a petition to stop it from being built.&nbsp;

Every year, the museum presents works by students in Learning Through Art, a program that sends professional teaching artists into the NYC public elementary schools. The annual exhibit is called “A Year With Children“.&nbsp;

TAKE A TOUR OF THIS ARCHITECTURAL MASTERPIECE HERE

This online virtual museum tour of the Rijksmuseum is one of the best. There are lots of different paintings you can learn about in more detail.

The online exhibits for the London National Gallery focus heavily on Monet. As an artist that many people are familiar with, this free online tour is a great way to view more of his paintings.

TO EXPERIENCE THE BEAUTY OF HIS WORKS, CLICK HERE