The social media sites nowadays are overloaded with self-proclaimed critics. We are living in an era where everybody understands everything, at least they think that they do. So, people looking for good content in a web series or a film often get confused by this ample amount of positive and negative reviews. We will not serve you another average review to increase your puzzlement. We’ll just put the lights on some facts that you must know before watching or judging ‘Ray’, a web series that was released on 25th June, on Netflix. 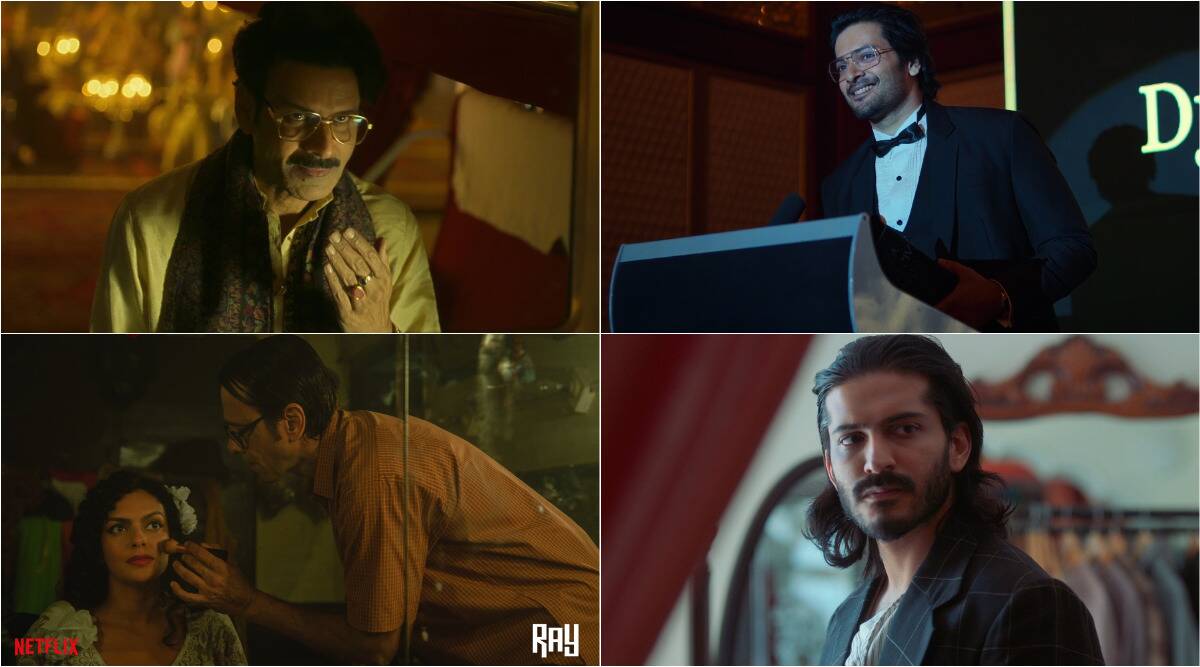 ‘Ray’ is a tribute to that stalwart figure of Indian cinema, Satyajit Ray,  who gave our country a permanent position on the map of world cinema. He is the only Indian director who has won an Oscar ( for lifetime achievement). The series, ‘Ray’, contains 4 stories that are written by Satyajit Ray and are directed by 3 popular directors of this time: Srijit Mukherjee, Abhishek Chaubey, and Vasan Bala.

The target audience of Satyajit Ray’s stories were teenagers. Unlike his films, we hardly find an important female character in his stories. Moreover, they are written in a pre-mobile and pre-internet era. However, the directors have adapted the stories in a post-globalized context of modern times. With complexities of love relationships and abortion, Srijit’s ‘Forget Me Not’, the first among the four films, is being accused of changing the essence of the story. The adaptations by other directors also do not strictly follow the storyline.

No. When you are adapting a story for your film, there are no written rules that you must follow. Directors must have their creative liberty. Satyajit Ray himself faced harsh criticism when he made ‘Charulata’ from Tagore’s story, ‘Nastonir’. From Alfred Hitchcock to Akira Kurosawa all have given successful examples of adaptations in films like Rebecca, Psycho, The 39 Steps, Ran, Ikiru, Throne of Blood. In fact, the ‘Rashomon effect’ was the result of Kurosawa’s experiment with film narrative and adaptations, which has left a deep impact on the language of filmmaking. Before judging ‘Ray’, the series, you have to keep in mind that you will not conclude your views saying these adaptations are not faithful to the stories. Watch a film with the curious eyes of a film buff, not with the critical eyes of a reader. Ray, the director, and Ray, the author was strikingly different from each other.

In a scene where one can see the name of flat-owners in Ipshit’s (Ali Fazal) apartment in ‘Forget Me Not’, the first story, you will discover that the names are of different characters from different stories written by Satyajit Ray. Like, Maganlal Meghraj or Karandikar were characters of the famous detective series written by the master with the protagonist, Feluda.

In ‘The Death of an Author’, Ronald Barthes shows how a text becomes a new story for every reader who interprets it from their own point of view. While watching ‘Ray’ we realize the fact twice more prominently. These four films ( Forget Me Not, Bahurupiya, Hungama Hai Kyun Barpa, and Spotlight) are the outcomes of the directors’ interpretations of Ray’s stories, and then these adaptations are again interpreted by the audience. This causes multiple layers of meanings of the original content. It’s like the endless reflections of a subject, caused by a few mirrors. So, without drawing a conclusion or trusting any movie review blindly, keep these points in mind, and watch ‘Ray’. You may discover something new that nobody has noticed yet! Yoof does not believe in forcing our views on others, rather we will give you the necessary details that you must know to come up with your original review. Share your thoughts in the comment box below.